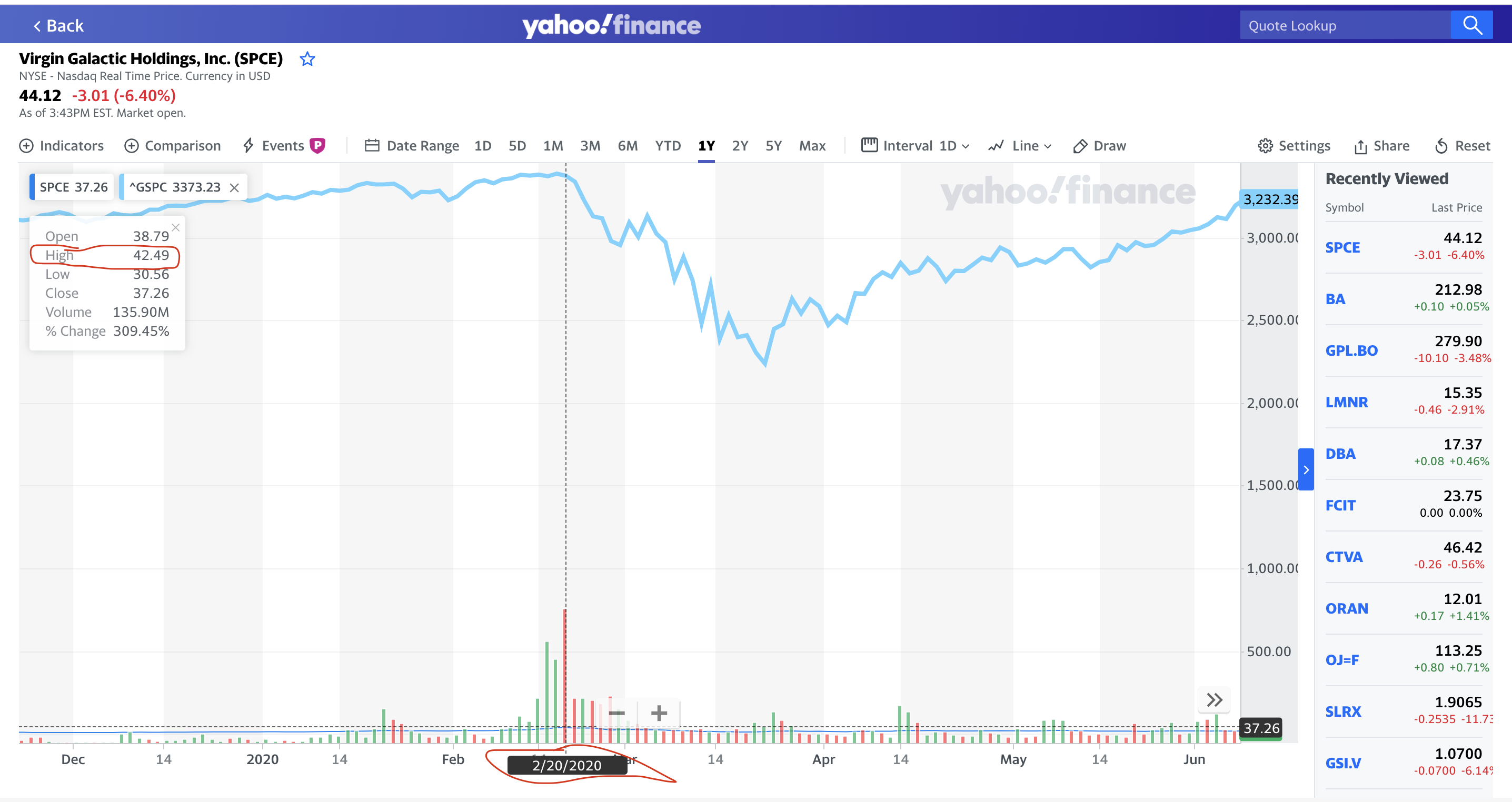 /u/Jiggerson, your time has come.

For those who are new here, we take *if X happens then I will Y* seriously. Most of the time we catch them, but our man Jiggerson has gotten away far too long with an unpaid debt.

Almost one year ago to the day, this [bearish outlook on SPCE was posted](https://www.reddit.com/r/wallstreetbets/comments/f5x3go/spce_is_out_of_fuel_and_is_heading_back_towards/) then later deleted. Unfortunately for OP (and fortunately for us), deleting a post [doesn’t scrub it from the internet.](https://www.removeddit.com/r/wallstreetbets/comments/f5x3go/spce_is_out_of_fuel_and_is_heading_back_towards/?utm_source=share&utm_medium=ios_app&utm_name=iossmf)

>Got greedy and could have sold this as a day trade gain of around $400 but took a loss of $560 on a 38 2/21 Call. May not seem like much to you other autists losing $5k and up but it took me all of last month to get those gains in the market.

>I’m gonna stick to selling spreads and making smarter choices rather than chase the dragon.

>**If it breaks above 40 by end of week, I’ll drink a cup of my own urine.** If I don’t you can ban me. I’ll be blurring my face tho cuz I can’t have that shit ruin my reputation.